I had my hesitations about using an out of state lender. I purchased a business only one month prior to getting funds from Citi Capital Group. My business is seasonal and the way my lease was structured that way. Their solution made sense. They even helped me straighten out some unclear documents from my business purchase. Their group were very helpful and I highly recommend them.

Citi Capital Group helped us finance the Cool Sculpting machine we were contemplating to purchase. They financed it with zero down payment and offered us better rates that the vendor had offered with a 10% down program. Also, the process was much easier than our bank’s requirements. It was extremely convenient considering my busy schedule. We will definitely use their services again.

Our business was growing extremely fast and needed working capital to sustain this growth. While traditional banks did not cooperate with us, Citi Capital Group was able to provide very competitive leasing options immediately. This manufacturing machinery not only enabled us to meet our production needs, but it helped us acquire new accounts and grow our business.

We needed to improve our cash flow and looking for some working capital. After consulting with people at Citi Capital Group, per their suggestion, we decided to finance couple pieces of equipment that we owned outright. It only took few days for them to get us the funds. They were extremely professional and dedicated.

I was referred to Citi Capital Group for a bridge loan in order to renovate a building and open a restaurant. After consulting with Eric and exploring different options he suggested an SBA loan to cover the tenant improvement, working capital, equipment and a truck for the restaurant. Their team is very knowledgeable and this loan accomplished exactly what I needed and saved me a lot of time in launching the restaurant.

I got the funds I needed in two day!! They have a great team there who are on top of their game. I will go back to them again and again.

We got a Master Lease through Citi Capital group which helped us purchase three different pieces of equipment in order to expand. This made it very efficient for us and I was able to focus on my business.

Over 7 million men and women are employed by the construction industry, which generates over $1 trillion annually. There are over 72,000 construction companies right here in California, the largest number in any state, and the industry has hundreds if not thousands of major equipment needs.

No business was hit harder by the Recession than construction, and it is still rebuilding after a major downturn in demand. But that demand is steadily returning. Housing prices rose 10% in 2013, a year that also saw the return of major commercial construction and increased spending on residential remodeling. In a June conference, AIA Chief Economist Kermit Baker spoke on the current Architecture Billings Index, stating that it was “as healthy as it has been in years and, since this index leads construction activity by nine to twelve months, we are expecting a further improvement in construction activity moving forward.”

As more new workers are being hired on and the demand for construction increases, you may be starting your own construction company, or looking to expand your current one. With Citi Capital Group, you can lease the best in construction equipment – from portable tools to massive earthmovers – for affordable monthly rates that can fit any budget. Equipment we have leased to construction companies in the past includes but is not limited to: 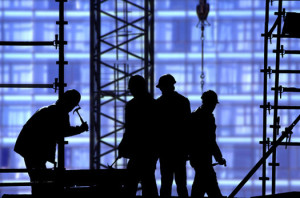 We make equipment financing and the process of obtaining a working capital loan easy and hassle-free. One-page app-only up to $250,000, fast credit decisions and same-day funding.